James Burnell Baker (Jim) of Clearwater, FL passed away on November 6, 2021 in Dunedin, FL. after over 91 years of a full and happy life. He was born on March 6, 1930 in Reidsville, NC and graduated from Reidsville High School. He earned a Bachelor of Electrical Engineering degree from North Carolina State University (NC State) and a Master of Science degree from Massachusetts Institute of Technology (MIT). After college, he served his country as a Captain in the United States Air Force.

Jim worked for Honeywell Aerospace in St. Petersburg, FL for his entire civilian career until his retirement in 1993. He specialized in the development of leading-edge guidance and navigation systems for both civilian and military use. In 1967, he won the prestigious Tampa Bay Tony Jannus Award for his contributions in aviation.

Jim lived most of his adult life in Clearwater, FL. He was a dedicated Rotarian for over 49 years, past president of the Clearwater East Rotary Club, and Assistant Governor of Rotary District 6950. He took great pride in the service work and fellowship of Rotary and enjoyed visiting Rotary Clubs around the world during his travels. He attended the First United Methodist Church in Clearwater for over 50 years and loved his Sunday School breakfast group. In the 1960’s, he could be found keeping score at Safety Harbor little league games or replenishing supplies in the concession stand. In the 1970’s, he served as Committee Chairman of BSA Troop 413 and spent many nights watching Clearwater High School Basketball games. He liked to work with his hands - growing orchids or pineapples and building in his workshop. He was knowledgeable and skillful and taught that love of DIY to his children. In his later years, he loved going for drives, watching birds, boats, water and spending time with those he loved.

He was preceded in death by his wife of 55 years, Marie Richardson Baker. He is the beloved father of three children and their spouses. Sara Anne Baker Hopkins (Sally) and her husband David L. Hopkins of Houston, TX; James Richardson Baker (Rick) and his wife Robin Parks Baker of Destin, FL; and William Reid Baker (Bill) and his wife Michele Hamilton Baker of Richardson, TX. He was a loving grandfather of two and their spouses, Hamilton Reid Baker and his wife Leah Maree Baker of Cupertino, CA and Chandler Baker Ewen and her husband Stuart David Ewen, of Kirkland, WA. He is also survived by his sister, Marion Mitchell Snow, of Reidsville, NC, special friend Shirley Smith of Dunedin, FL, and many nieces, nephews, other family, friends and his treasured caregivers.

In lieu of flowers, the family requests memorials be made to either the M.D Anderson Cancer Center, James B. & Marie R. Baker and David & SaraAnne Hopkins Research Endowment for Multiple Myeloma, PO Box 4486, Houston, TX 77210-4486 or to The Rotary Foundation, 14280 Collections Center Drive, Chicago, IL 60693.

To plant memorial trees or send flowers to the family in memory of James Baker, please visit our flower store.

Jim always had a smile and was one of the nicest Rotarians I have had the pleasure to meet. I also remember Jim attending the Safety Harbor Little League games to support our team that was sponsored by our Rotary club. May his memory be eternal.

Mr. James Baker was a very respectful, gentle, loving man and I was very honored to be one of his private caregiver. Every time that I was assigned to care for him, I\'d always see him with good spirit and never complained about anything. He just want to live a happy life and to enjoy life. I have a lot of respect for him. He was a very smart man. He shared a lot of his good experience in life to me whenever I\'m caring for him including how he built his own beautiful house and raised his three beautiful children, Sally, Rick, and Bill, with his beautiful wife, Marie Baker. I admired him a lot by the way he lived his life and I missed caring for him. He always made my day every time I\'m there to care for him. What a wonderful world to have him around when he was still living. 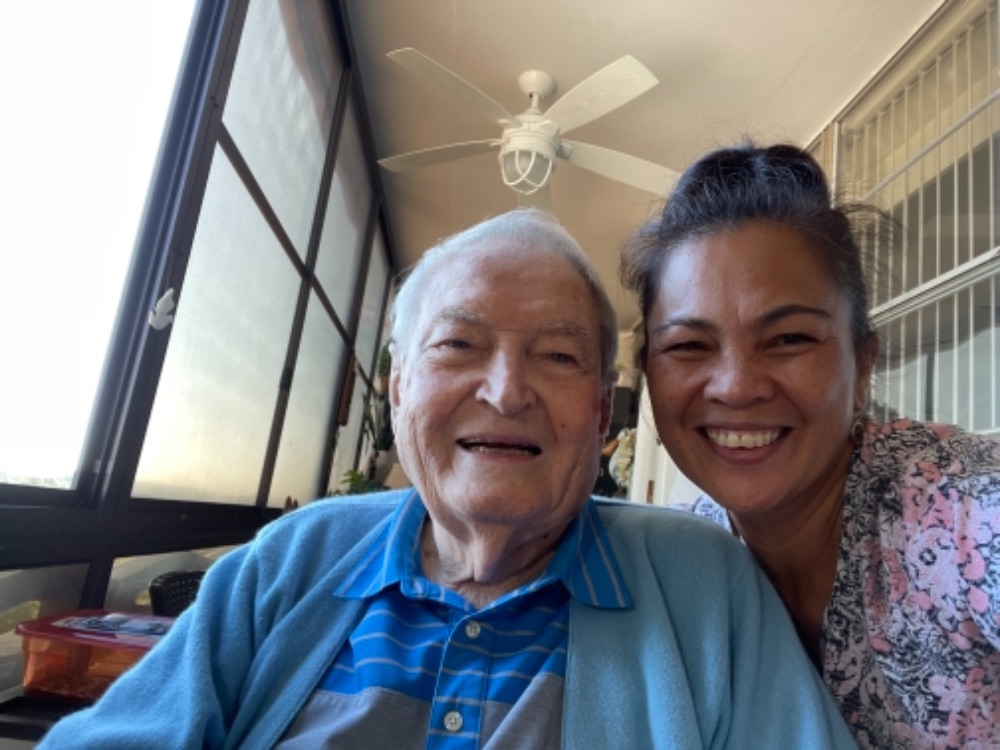 Jim was a wonderful man and dedicated Rotarian. He was one of the first members of Clearwater East that I had the pleasure of meeting when I joined the club. I, along with his many friends and family, will cherish memories of him. May his soul rest in eternal peace with his beloved Ree and deepest sympathy to his family.

Jim will be missed by many. He was a great man, devoted Rotarian and loved his wife and family. Thoughts and prayers to his family.

Sadly, I didn't know Jim, but am now in the Rotary Club he was president of. I understand how much commitment is given to service and Jim's legacy shows his dedication.

Jim will be missed both in our Del Oro neighborhood, where he was almost the oldest/longest living neighbor in Del Oro. He was loved by all who knew him. He exemplified the "service above self" motto of Rotary and did involve himself as both a volunteer and leader in that international organization that wiped our Polio around the world and continues to help those in need. Don and I miss his friendly smile, dry wit, and thoughtfulness to us and others whom he knew. We offer our prayers to his family as he will be surely missed, but he is now at peace which passes all understanding according to our Lord Jesus Christ.

A candle was lit in memory of James Baker

A candle was lit in memory of James Baker

A photo was added for James Burnell Baker 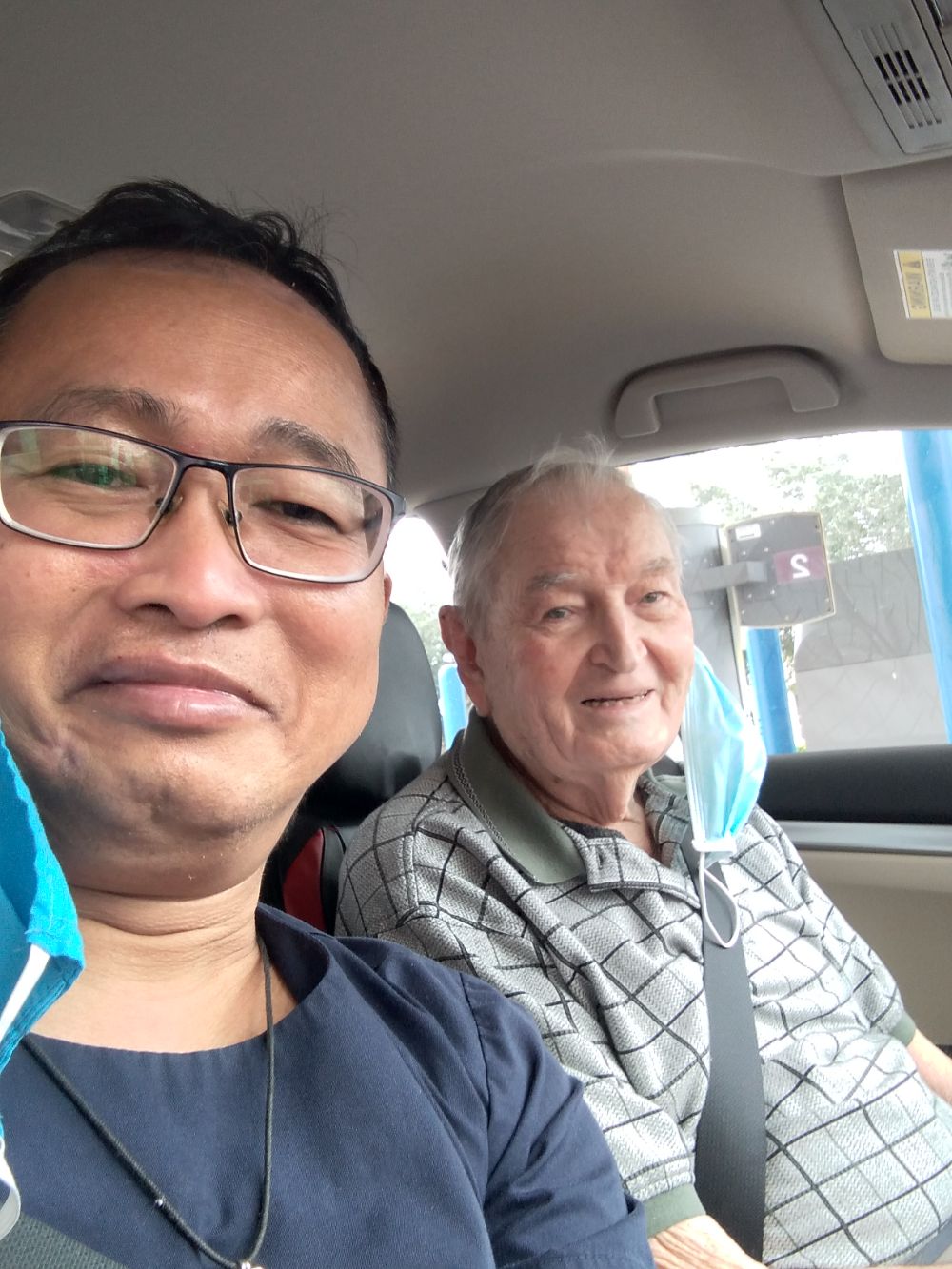 Sir James was a fulfilled man. A who's who in America. I was privileged to care for him. The other side of his distinguished name is a very low key, loving father, friend and someone to look up to. Thank you sir for allowing me to see and enjoyed the inner sanctum of your life. Me and the rest of the people who's lives was touched by yours are continually praying for the repose of your soul. May your tribe increase. Thank you GOD.

Special Instructions: Arriving after service at the Funeral Home